When we think of brand names, we most often think of companies and products—but the U.S. military is also in the business of branding. The Pentagon has just announced the are renaming “Operation Iraqi Freedom” to be known as “Operation New Dawn.” The Obama administration states the new name will take effect starting September 1st to coincide with the planned troop withdrawals from Iraq. Defense Secretary Robert M. Gates says the new name will “recognize our evolving relationship with the Government of Iraq.” 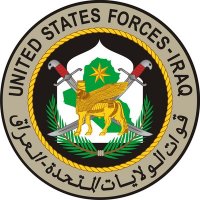 Lest you think this name change is the latest example of President Obama’s deft hand with public relations, realize the U.S. military has a long history in the naming business. The 1991 Persian Gulf War started as Operation Desert Shield. When the invasion hit full tilt, the name morphed to Operation Desert Storm. As things died down, the efforts subsided into Operation Southern Watch and Operation Northern Watch.

Military naming has often been contentious—as most things in war are. The battles of the War Between the States, the War of the Rebellion, the War for Southern Independence, the War of Northern Aggression, Mr. Lincoln’s War, the War to Save the Union and War of Secession, and even The Late Unpleasantness, also known as the Civil War, mostly have two names; a southern name and a northern name. That is why some people talk about the First Battle of Manassas (the town) and some talk about the First Battle of Bull Run (the river). Some refer to the Battle of Sharpsburg (the town) and others talk about the Battle of Antietam (the river).

The Pentagon’s naming efforts haven’t been wholly successful from a marketing sense. Ultimately it is the public that infuses brands with power. That is why Coca-Cola embraced “Coke” as a brand after customers created and used that nickname. Similarly Federal Express embraced its popular FedEx moniker. What the Pentagon named Operation Overlord is known to most people simply as D-Day.