With the growth of web video, more and more companies are considering adding video content to their Web sites and using web video in marketing. Beware of charging blindly forward without a good understanding of what works on the Web and how web video is different from video for television.

TV vs. Web video: The Differences

1. Time warps on the Web: Thirty seconds on TV translates to eight seconds of web video. That means you have to be succinct—short beyond short. Make every second count. 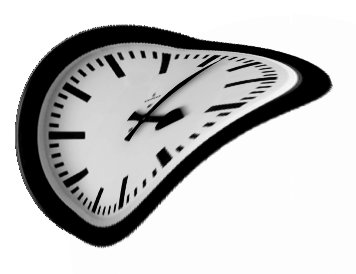 2. The Web is still technology constrained. TV producers often don’t understand the impact of file size and compression algorithms. Shooting busy backgrounds, pans and zooms increase your file size. They make it hard to compress your video without creating weird and undesirable visual effects. Watch out for ISB standard sizes, too. You can end up with gorgeous cinematography that simply doesn’t work online. And by the time your video is shared, reposted and bounced around a few times, you’re footage will lose resolution any way.

3. Welcome to the smallest screen. Web videos play on the tiny screen—especially on laptops and handheld devices. What is fine on a television is too busy for Web video. Don’t try to cram too much eye candy into such a small space. Use simple shots. Direct the attention of viewers to what is important. Zooming around and special effects will make your viewer queasy and confused.

4. The finger is on the trigger. The computer mouse is dramatically faster than the TV remote. You have to grab attention fast. And you have to keep grabbing it until the last frame is done.

5. Web video is intimate. People are watching your video inches from their faces, not from across the room. TV is a guy shouting at you from a stage. Web video is a guy sitting right in front of you, talking directly to you. Flashy production that breaks that intimacy is counter-productive. Shoot close up and create a close feel. 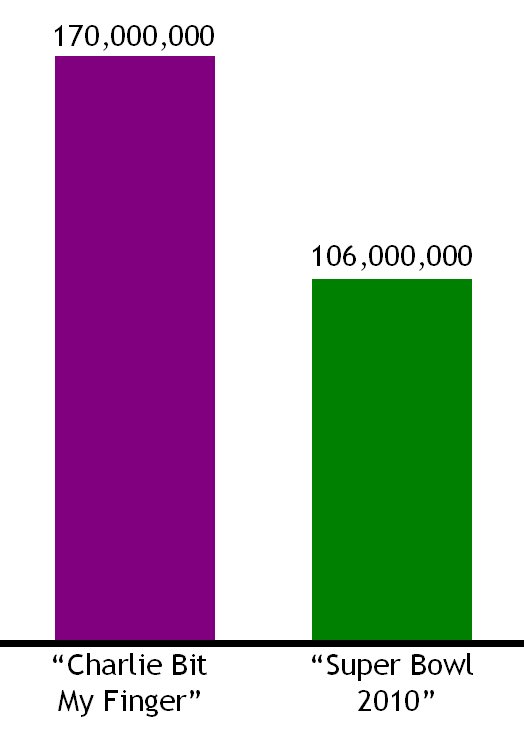 ity content doesn’t mean slick production—it means engaging and rewarding content. Slick production can sometimes come across as inauthentic, especially if you offer more glitz than content. If what you offer is relevant, entertaining or educational, you’ll get viewers—even if your production quality is mediocre. That’s why the viewership* of “Charlie Bit My Finger” dwarfs that of the 2010 Super Bowl—and is still growing. Viewership of “Charlie Bit My Finger” is even higher by tens of millions when you include re-posts and variations on the original.

7. Web video is simple. One idea per video. Get to the punch line fast. If you have three ideas, do three videos. Three focused sixty-second videos are better than one three-minute video. People will check the length of your video before clicking on it to see how much time they have to invest to get your point.

8. Web video is social. TV is all give and no take. Web video should be part of the conversation. Allow comments. Let people share your content. Make sure you have text to accompany the video to enhance search, to sell people on what your video is about, and to reinforce the points made in the video.

10. Audio is more important than video. People accept, even expect low quality video on the Web. They will not tolerate poor audio. With high quality earphones on their heads, people will click away from poor sound far quicker than they will with blurry or low-resolution video.

In most cases, you’ll find limited resources to help you produce Web video. You can hire television specialists who don’t understand the Web or Web specialists who can’t even white balance a video camera. Given the scarcity of specialists with mastery of both video and the Web, it helps to know some basics yourself.