Media insiders are buzzing about a potential name change for MSNBC.com to address the NBC brand problem. NBC Universal and Microsoft want to distance their co-owned Web site from the cable channel. MSNBC.com president Charlie Tinllinghast is quoted in the New York Times complaining the MSNBC “Lean Forward” repositioning “only exacerbates the brand misaligment problem.”

The fact is the name problem is bigger than just the Web site; the entire portfolio of brands with “NBC” in their names has a brand identity problem. 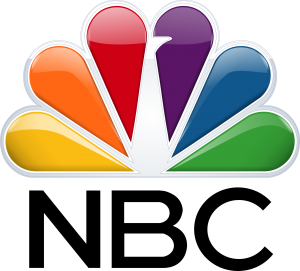 Different Brands with the Same Name

NBC Universal owns a number of “NBC” brands. While the uniqueness of each media property might be clear insiders, to the average viewer, they all are inextricably tied to the NBC television network. Thus the MSNBC cable channel brand impacts the MSNBC.com brand as well as NBC News and CNBC.

As individual NBC media properties evolve to serve different purposes and to appeal to different audiences, each needs its own name—names that differentiate and that work to support the intended market position of each property.

NBC Television Network and NBC News: These brands date from the birth of television and have decades of equity. The “Peacock Network” should never rebrand.

MSNBC.com: This property continues as a joint venture of NBC and Microsoft and is meant to supply news content to Microsoft’s fading MSN property. MSNBC.com also serves as the online presence for NBC news. The question is: How important is Microsoft to NBC News viewers and Web site visitors? If the answer is “not very”, the Web site should be renamed NBCNews.com. Microsoft, as a brand, brings some negative baggage of its own.

MSNBC Cable: Microsoft has minority ownership of the channel and has zero relevance to the “Lean Forward” positioning. MSNBC needs a totally new name with a matching Web site that supports its political positioning. The channel would thus join other distinctive NBC Universal television brands including Bravo, Oxygen, and Syfi. Renaming the MSNBC creates a big opportunity to emphasize the channel’s bold new positioning.

CNBC: Originally the name meant “Consumer News and Business Channel”. With that meaning dropped, the name no longer makes sense. To compete against Bloomberg News and Fox Business, CNBC needs a vivid and distinctive name of its own.

The peacock cannot be a chameleon showing different colors in different situations. NBC in the eyes of viewers is one singular brand idea, whether expressed within MSNBC, MSNBC.com or CNBC. To stand out in the market, each brand needs a new name and identity.