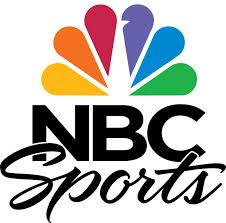 I was interviewed by NBC Sports about Richard Sherman’s brand value after his rant following the Seahawk’s victory in the 2014 NFC Championship Game. Did Sherman destroy his brand with his boorish tirade or did he turn golden? Opinion is evenly split between those who decry his poor sportsmanship and those who think his antics brought him the notoriety necessary to attract sponsorship dollars.

Sherman’s salary is about $550,000 before taxes and agents. Crabtree–the 49er receiver who didn’t catch the ball and didn’t get the touchdown–earns $2.7 million in salary and even more in sponsorships. Richard Sherman’s brand really has nowhere to go but up. One commentator pegged his brand worth at $5 million in the days after that winning play and tirade.

I’m inclined to agree Richard Sherman’s brand worth has gone up. He is an engaging guy who wins games. He was a poor sport Sunday, but he can tweak his brand and start pulling down the big bucks. I recommend he do something self deprecating. Right now, he is rude and outspoken. With care, he can downplay the rude and dial up the outspoken part. Many brands would like up for that. If he can’t manage that finesse, he can always be the spokesperson for Massengill Douche.