Marketers can take away some key social media lessons from jihadist groups. The “caliphate” may be defeated, but marketing by various violent extremist and jihadist groups is as robust as it ever has been. Despite robust efforts to “take it down,” Islamist content online is growing. These groups have been highly successful in reaching and influencing their market against bigger challenges than any brand marketer faces. Here is some insight into how ISIS and the lesser known, but more innovative Hay’at Tahrir al-Sham (see Vanity Fair on jihadist social media techniques) do it.

Marketing as Warfare for Jihadists

Al Qaeda leader Ayman al-Zawahiri acknowledges the power of marketing communications and media in a letter to ISIS founder Abu Musab al-Zarqawi: “The media jihad against the enemy is no less important than the material fight against it.” ISIS actively recruits “media operatives” to fight in “media platoons,” using “media weapons” that are “more potent than atomic bombs.” Social media plays a crucial role in the “electronic ribat” network of jihadist marketing strongholds.

Dr. Ali Fisher, a specialist networks of influence and in methods of achieving influence across a range of disciplines, including public diplomacy and strategic communication, counter-terrorism, child protection, human security, and public health, has published with several colleagues* this remarkable analytic series that contain important lessons for any marketer:

What Dr. Fisher’s analysis shows is that Islamic jihadists are adept at innovating ways to use technology to get their messages out no matter how much effort goes into trying to stop them. Here are some innovations that marketers should note:

As groups like ISIS lose territory, their struggle moves increasingly into the sphere of marketing communication. Despite its losses, ISIS has actually increased its marketing output. These groups learn quickly and are early adopters of technology. Look for increased uses of artificial intelligence and bots to keep their marketing many steps ahead of censors and right in front of their audiences. 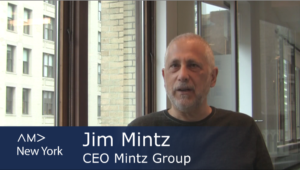