Brand sponsorship requires a rush to judgement. Though Adrian Peterson has not been found guilty of a crime, brands can’t afford to serve as a backdrop to the drama of indictments and investigations. Radisson’s brand did literally serve as a backdrop to yesterday’s press conference by Vikings general manger Rick Spielman as he discussed child abuse allegations involving the team’s brightest star. This morning, Radisson announced it was pulling its brand sponsorship. 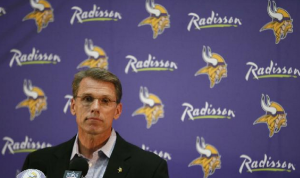 Brand reputation is too valuable to risk in the innocent until proven guilty dynamic of the court system. While I sincerely hope Mr. Peterson is cleared of charges and is indeed innocent, the brand damage is already done. Radisson did the only thing it could by ended its brand sponsorship.

Lance Armstrong and the Livestrong brand

The phenomenon of “Tebowing”

And even more on branding people here