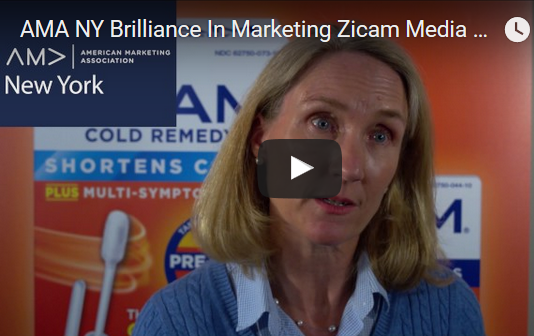 The media buying revolution continues. The American Marketing Association’s “Brilliance in Marketing” segment on Zicam’s revolutionary approach to buying television time comes at the end of the long-standing television upfront market. This 50 year old tradition has already been assaulted by the shift of ad dollars from television to digital. Now sophisticated algorithms paired with big data are allowing brands to buy television like they buy internet. The CEO of the makers of Zicam, M’Lou Walker, told me how they have changed the way they buy advertising in a recent interview in her office.

The growth of digital spending has slowed dramatically. Deadline Hollywood quotes Standard Media Index stats: “Last year’s Q4 revealed “the first glimpse of a flattening Digital market,” with year-over-year sales up 9% vs. 35% in the same period in 2015, SMI says.  That continued in Q1: Digital sales improved 6% in the first three months of 2017 as opposed to 19% in the same period in 2016.”