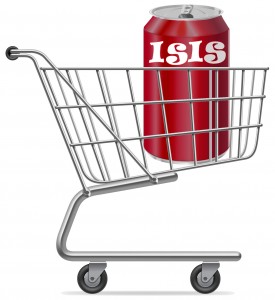 Isis or ISIS used to be a perfectly nice brand name–until it became synonymous with Islamic terror and beheadings. What to do with a tainted brand? ISIS trademark owners large and small are now rebranding to distance themselves from a word associated with evil.

Isis, the U.S. mobile wallet platform backed by AT&T, T-Mobile and Verizon, is rebranding. “In a few weeks, Isis Wallet will become Softcard. It’s a different name for the same great way to pay,” the company notes on its homepage.

The Isis brand of women’s sportswear is also in the middle of a relaunch.

Isis Equity Partners has renamed itself Living Bridge (head scratcher of a new name, by the way).

Others, such as Isis Pharmaceuticals, Isis Electronics and ISIS Performance auto parts are standing firm, have no plans to make a change.

Rebranding is expensive. Before contemplating such investing in ditching a tainted brand, marketers need to think carefully about the cost/benefit trade-off of such a change. The two critical questions for marketers are:

Already, some media outlets have started using ISIL to refer to the Islamic murderers. And perhaps they will be crushed sooner rather than later, making terror a small footnote to the word’s history. Isis is a name rich in history and meaning that possibly should not be so quickly abandoned.