When The Las Vegas Sun interviewed us about the new NHL  team that needed a name, I warned them about trademark infringement that would mean certain trouble. Calling the hockey team the Golden Knights was a terrible, terrible choice for many reasons (see expanded Las Vegas hockey team naming mistake post here).  You cannot build a brand on a name you cannot own. How this team’s lawyers gave their blessing to the choice is a mystery. 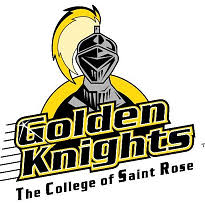 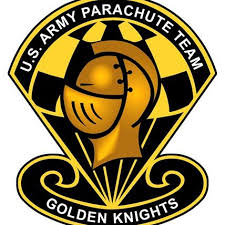 The result of this poor name choice has been a year of legal wrangling and cost. In August, the team thought it had beat the trademark infringement issue when the U.S. Patent and Trademark Office approved the name. Yet, today, it is being reported that one of the trademark holders. The College of St. Rose in upstate New York, was granted and extension for filing an opposition to the name. The U.S. Army, which holds a Golden Knights trademark as well, has also filed for an extension of the deadline. (Side note: Phoca Press, the company I founded with retired Navy SEAL Tom Hawkins, is publishing a history of air capabilities in Naval Special Warfare, in which the Golden Knights played a key role. Written by retired SEAL Captain Norm Olson, the history covers parachuting and many other SEAL capabilities that represent the air part of the acronym for Sea, Air and Land. The book will launch at a gala two-day event in Florida this coming December.)

The Army and the College of St. Rose have until January 10, 2018 to file their opposition. The owners of the Las Vegas hockey team are now eyeing alternatives such as “Sand Knights,” “Silver Knights,” and “Desert Knights,” though they allowed those trademarks to expire. They still own the domain name SandKnights.com. It’s pretty bad, but not as bad as the New Jersey Swamp Dragons. At least with a name that epically bad, there is little chance they will be fighting off trademark infringements.