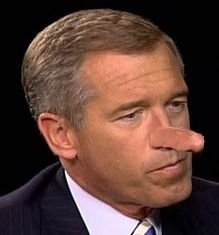 Brian Williams personal brand as a trusted news anchor is damaged beyond recovery.

I’ve long been fascinated by “personal brands,” and the power of an individual to create and project a reputation that persuades. While such brands are powerful, they are also uniquely human. When the human fails, the brand can fail, too. In the case of Brian Williams, willful and large lies told over a long period make him utterly untrustworthy and unfit for the news anchor desk. The fact that his lies were gratuitous and self-serving adds insult to injury.

Not every human failing hurts the personal brand equally. Martha Stewart’s incarceration was barely a blip. Her brand was built on her design sensibility, not her financial acumen. An insider trading rap was a blip in the health of her brand. Tiger Woods and Lance Armstrong had brands based on honesty. When their integrity fell apart, so did their brands.

Brian Williams can certainly redeem himself–but not his anchorman brand. He must take a long look at other rewarding opportunities that life offers. Redeeming himself and redeeming his personal brand are two different things. He won’t get a Michael Vick-style chance to redeem his brand. Vick was able to return to football, but that was because dog fighting (heinous though it is) did not impair his quarterback skills. A journalist cannot be caught lying, as trust is core to the brand.