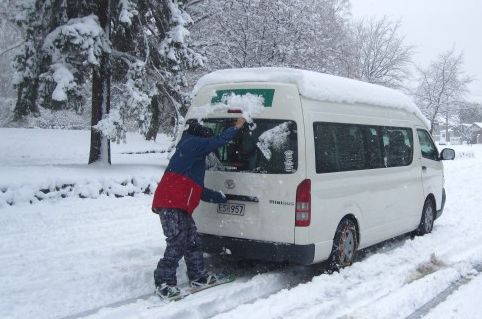 Brand-jacking is when an existing brand is co-opted and used to promote something else. That is exactly what opponents of genetically modified foods are doing with the Monsanto brand.They’ve grabbed the bumper of Monsanto and are skitching on  its reputation to bring attention and understanding  to their message.

As a kid growing up in Chicago, we used to grab the fenders of passing cars for exhilarating fast slides on icy roads. “Skitching” is a portmanteau combining skate and hitch. Political causes that are brand-jacking grab onto the power of well-known brands to use their power to efficiently communicate their messages and the get attention in the media.

The nicely alliterative “March Against Monsanto” is just the latest example of this kind of skitching on a brand. Organizers of today’s marches claim over 2 million people participated in over 400 evens in 52 countries according to founder and organizer Tami Canal. “If I had gotten 3,000 people to join me, I would have considered that a success,” she said in media interviews. Brand-jacking off the Monsanto brand brought Canal’s cause enormous attention that would have been hard to obtain without the connection to this chemical boogeyman. Monsanto has long been associated with reviled chemicals like DDT, PCBs and Agent Orange–it was the perfect vehicle for skitching.