Renaming Yale: An Orwellian committee in the “Ministry of Truth” model at Yale is hard at work scrubbing historical names from the campus, according to Roger Kimball in yesterday’s Wall Street Journal. The article The College Formerly Known as Yale, details how Yale University is creating a Committee to Establish Principles on Renaming (Wow! So 1984!). The Snowflake Generation is suddenly in a snit over Calhoun College because of namesake John C. Calhoun supported the institution of slavery. Unfortunately, Yale founder Elihu Yale was himself an active slave trader. 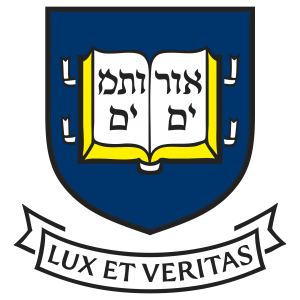 Slavery will always remain a national disgrace of this country, but to expunge the names of its supporters from history misses the opportunity for a “teaching moment.” These names are an invitation to examine social, moral and economic forces that fueled it. Studying Calhoun, Yale (maybe even Jefferson and Lee), we can better understand the foundation for slavery, to better fight racism and bigotry, to continue to build the ethic of valuing human life, from Black Lives Matter to Blue Lives Matter, and to celebrate society’s progress, however partial and imperfect. Those who forget history are doomed to repeat it. Those who seek to replace history for their own edited set of facts are tyrants.

Commercial brands tied to people know the risk of connecting a person to a product–think Michael Vick, Tiger Woods, and Lance Armstrong. People are imperfect. Renaming Yale won’t change that. History is a tale of human imperfection. If institutions may only be named after perfect people, we won’t be able to name anything after a person. For Yale, with the motto of “Light and Truth” to contemplate blotting out uncomfortable facts is very sad. Perhaps the Committee to Establish Principles on Renaming at Yale should rename Calhoun College “Room 101.”