The article I wrote for Forbes earlier this summer, “The Democrats Have A Big Branding Problem, As Does Obama,” talked about how the Obama brand is “more defined by what he is not.” Bill Clinton’s speech last night showed that he, not Obama is a master at branding. 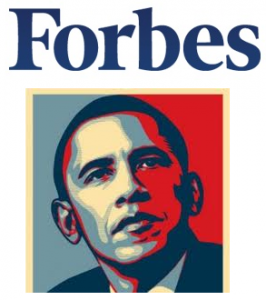 In one simple line, he repositioned the Democratic Party and defined a winning brand for the market: “If you want a winner-take-all, you’re-on-your-own society, you should support the Republican ticket. If you want a country of shared prosperity and shared responsibility — a we’re-all-in-this-together society — you should vote for Barack Obama and Joe Biden.” Bill Clinton has offered the market a clear choice.

Unfortunately for the Democrats, Bill Clinton isn’t running. Instead, the Obama brand is relentlessly negative and unfocused, veering from anti-Bain to “you didn’t build that” to Jerusalem is not Israel’s capital. Obama styles his brand as “incomplete.” Compared to the positive energy Bill Clinton offered, that doesn’t sound like a winning position.