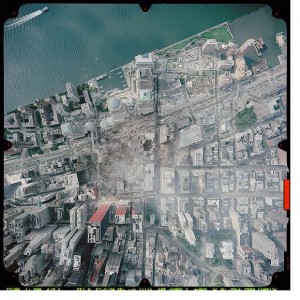 New York City Mayor Michael Bloomberg is suggesting we rebrand Ground Zero. At a speech on September 6th near the Ground Zero site, he said “The time has come to call those 16 acres what they are: The World Trade Center and the National September 11 Memorial and Museum.”

Good luck with that.

Mayor Bloomberg makes the same mistake many companies do: Thinking they command the brand. Companies who think they own their brands are only half right. Brands live in the hearts and minds of consumers, not locked up in some corporate vault. Companies can dictate certain aspects of brand, but consumers are free to ignore those commands—even when it comes to something so basic and central as brand names.

It is consumers who ultimately choose brand names. That is how Federal Express became Fed Ex, Coca-Cola became Coke, and Budweiser became Bud. The brand nicknames created by consumers who loved the products “stuck,” to the point where companies recognized, trademarked and used the nicknames. Trying to get people to stop using brand nicknames is impossible. When GM tried to get its employees to stop saying “Chevy,” the move was met will well-deserved derision. Mayor Bloomberg will be similarly unsuccessful trying to rebrand Ground Zero.

No one is going to replace two words with twelve. Will tourists to come up to New Yorkers on the subway and ask, “Where is The World Trade Center and The National September 11 Memorial and Museum?”

The Ground Zero name sums up the feelings that most New Yorkers and Americans share over the attack. Ground Zero is defined as “the point of the most severe damage or destruction.” It speaks to the drama of the event and marks the time and place that everything changed for those of us who live here (and for many Americans and people around the world). For anyone who watched those towers fall, who choked on their dust, and who smelled the burning concrete and decay for months, Ground Zero will always be Ground Zero.