When a brand’s strength is tied to a real person–when it is a celebrity brand–its fortunes rise and fall with that person’s reputation and behaviors (see Osama bin Laden, Michael Vick, Tiger Woods). In the case of the Livestrong brand, Lance Armstrong’s “doing the dirty” complicates his business and his charity. 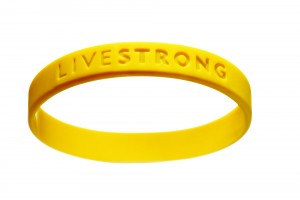 The Livestrong brand is tightly tied to the cancer fighting Livestrong Foundation, but the brand is not strictly altruistic. The Foundation licenses the brand, which is personally owned by Lance Armstrong, and it is the driver of his multimillion for-profit empire. The dynamic is a complex one. Armstrong’s modest fame as a cyclist built the Foundation, and the Foundation burnished Armstrong’s reputation, catapulting his fame, marketability and fortune far beyond that of a mere road racer. Can you even name any other famous cyclists?

Lance Armstrong has confessed to doping by Oprah. The irony is the profit and fame dynamic of Livestrong was a key driver in Armstrong’s decision to cheat. He needed performance enhancing drugs to stage the comeback that built his celebrity that built the foundation that built the million-dollar enterprise. Now those performance enhancing drugs are dragging down the whole thing. It pays to be a winner. Being a cheater? No so much.

More: When a Brand Is a Person